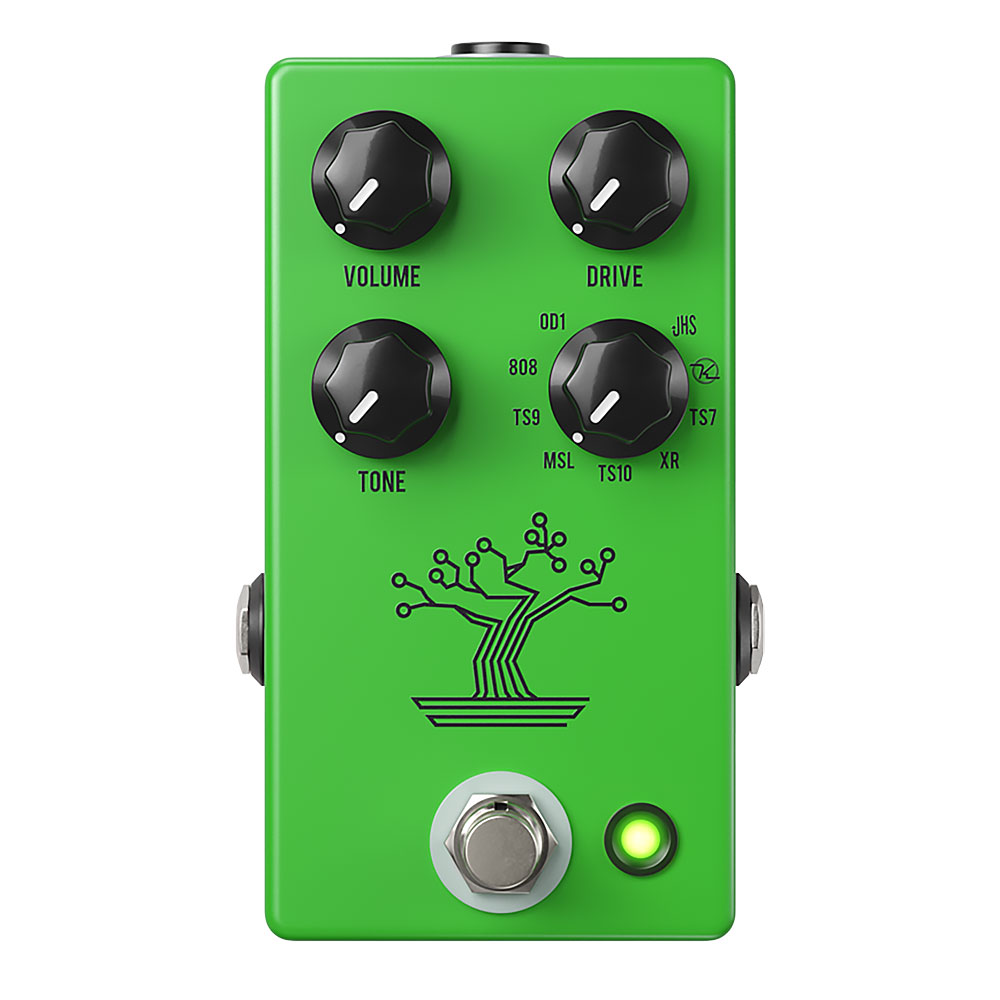 The JHS Bonsai Overdrive Pedal is nine Tube Screamer circuits in one pedal, all exact replications of the original circuit including the iconic Ibanez TS-808, TS9 and Boss OD-1.

The Bonsai utilizes a simple rotary knob to switch through nine classic, vintage, rare or hard to find variations of the Tube Screamer. Each pedal was individually replicated using their Audio Precision analyzer and various other methods to perfectly replicate every aspect of the sound and feel of the unit. It's important to know that the Bonsai is not a 'box of mods' it is exact replications of these nine units all housed in one box! When you choose a mode on the Bonsai rotary you are actually activating components specific to each mode and are playing the unit that JHS chose along with all the quirks, component drift, vintage mojo and individuality that a vintage pedal has. Tone and gain sculpting is provided by the standard volume, drive and tone control knobs.

With the Tube Screamer being one of the most famous and emulated pedals of all time with countless versions by boutique pedal builders, what can be better than having nine versions all in one box?

A full breakdown of the pedals included is as follows: