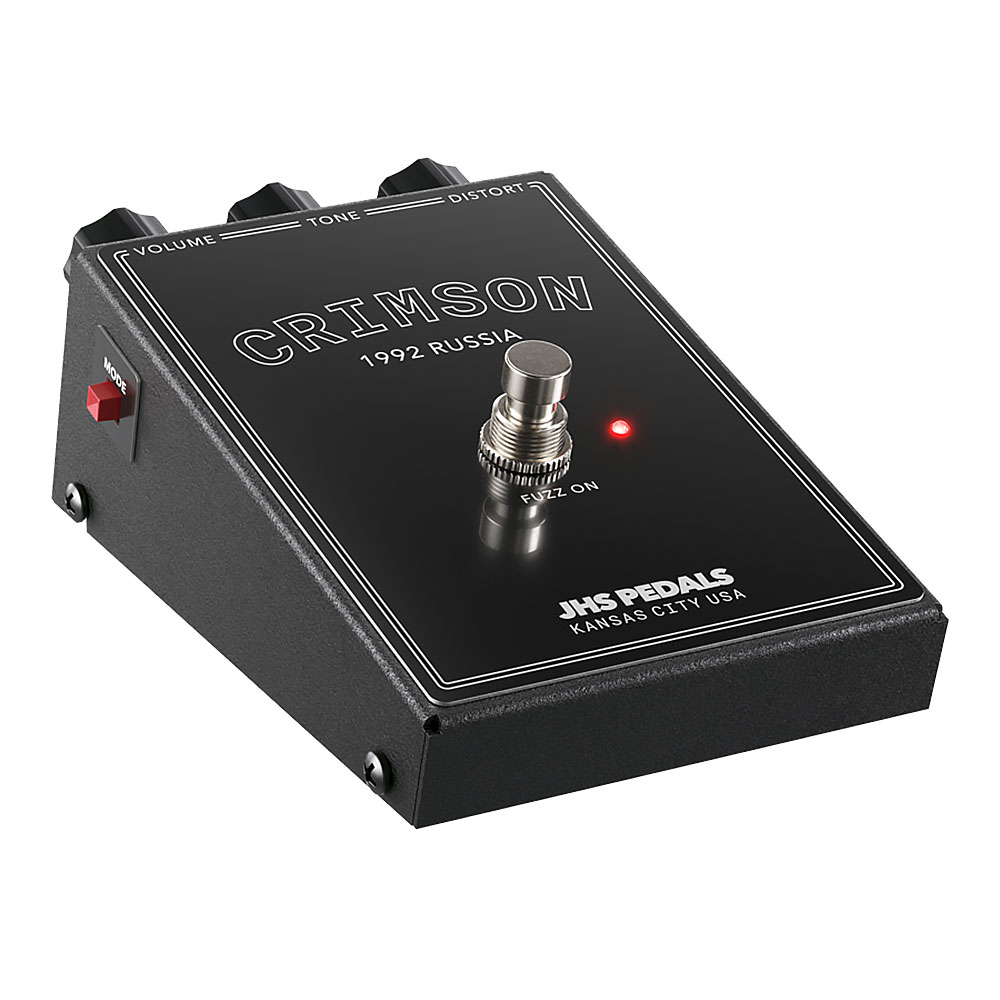 The JHS Crimson Fuzz Pedal is their recreation of the a very rare 1992 Mike Matthews Red Army Overdrive which was a Russian made Big Muff produced after Electro Harmonix had originally closed.

The Red Army Overdrive was most similar to the 'Civil War' Big Muff but warmer, clearer and more defined than any of the Soviet Big Muffs that followed and the JHS Crimson is an exact replica of one of founder Josh Scott's personal Red Army pedals. The controls are volume, tone and Distort, Distort is the distortion control, the more you turn it clockwise the more fuzz you create. On the side of the pedal is a 'Mode' switch, this is a mid frequency boost that forces your sound through the mix, adding extra versatility to the pedal.