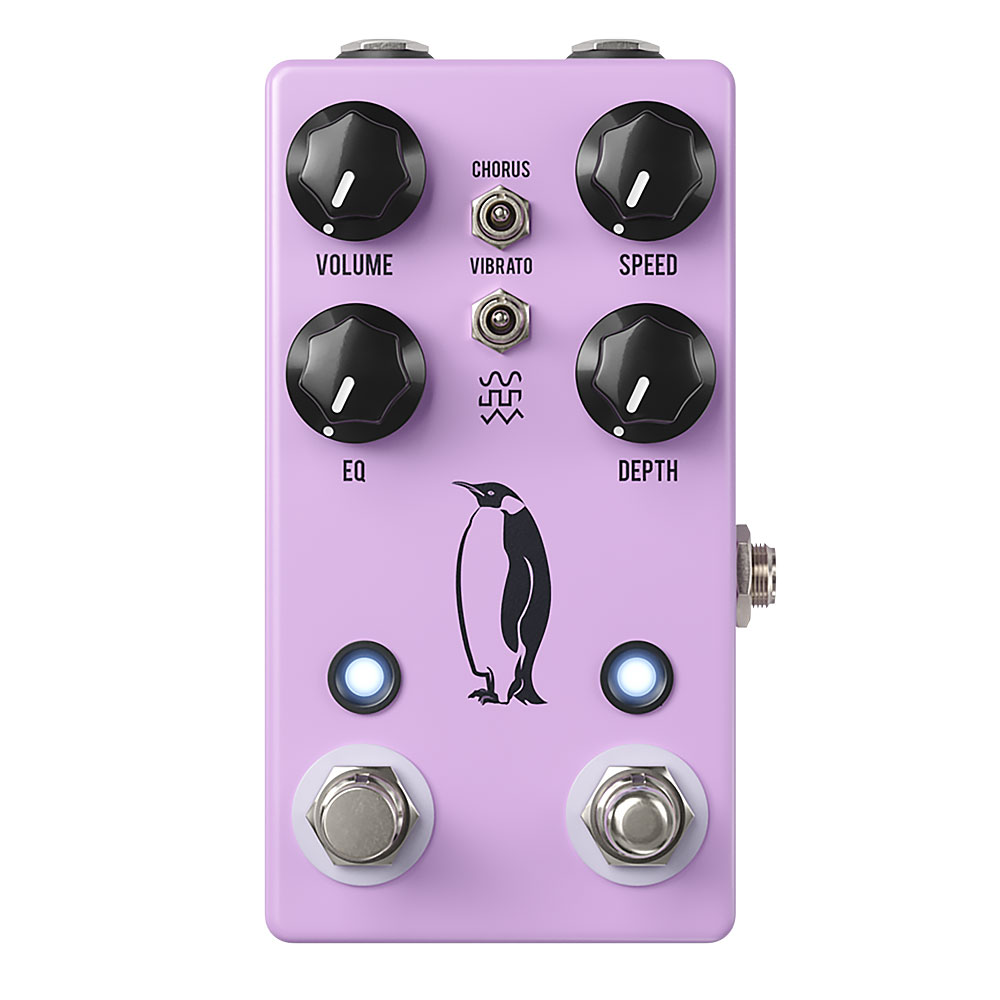 The Emperor is a vintage style effect that absolutely nails the hard to find sound of the Arion SCH-1 stereo chorus but its also a do it all modulation solution whether you want a subtle sheen, convincing rotary simulation or seasick vibrato, vibrato mode removes all the dry signal for true pitch modulation (Boss VB-2 style). It utilizes a Bucket Brigade 3207 chipset to deliver the warmth of '80s style analogue chorus pedals with enough control to put you in command of every aspect of the Emperor’s voice. The tone control has been improved by using an active EQ that functions as a tilt, noon is flat, turning to the left boosts highs and cuts lows while turning right boosts lows and cuts highs giving much more tone shaping capability without losing any low end sometimes found with chorus/vibrato pedals. Control the rate of the effect with either the speed knob, tap tempo footswitch or through the side mounted jack, the jack allows you to plug in an external tap tempo controller or an expression pedal for variable control in real time (side mounted switch selects between tap switch or expression pedal in), you can even slave the pedal to other tap controlled pedals for rhythmic consistency across all your effects (e.g. JHS Panther Cub Delay and Unicorn pedals). The Depth knob controls the amount of modulation, a switch selects between chorus and vibrato effects and a waveform switch selects between sine, square and triangle waveform types.

The JHS Emperor V2 has a hidden stereo trick up its sleeve, plugging a TRS splitter cable in to the output jack will give true stereo output for use with two amps. An internal switch changes from buffered to true bypass operation, the high quality buffer helps drive long cable runs and complex pedal setups while restoring high end loss. Whether spreading its warm tones or icy sheen to a pristine sounding stereo rig or utilising an external expression pedal for realistic rotary speaker sounds on a blues gig, the Emperor can do it all.