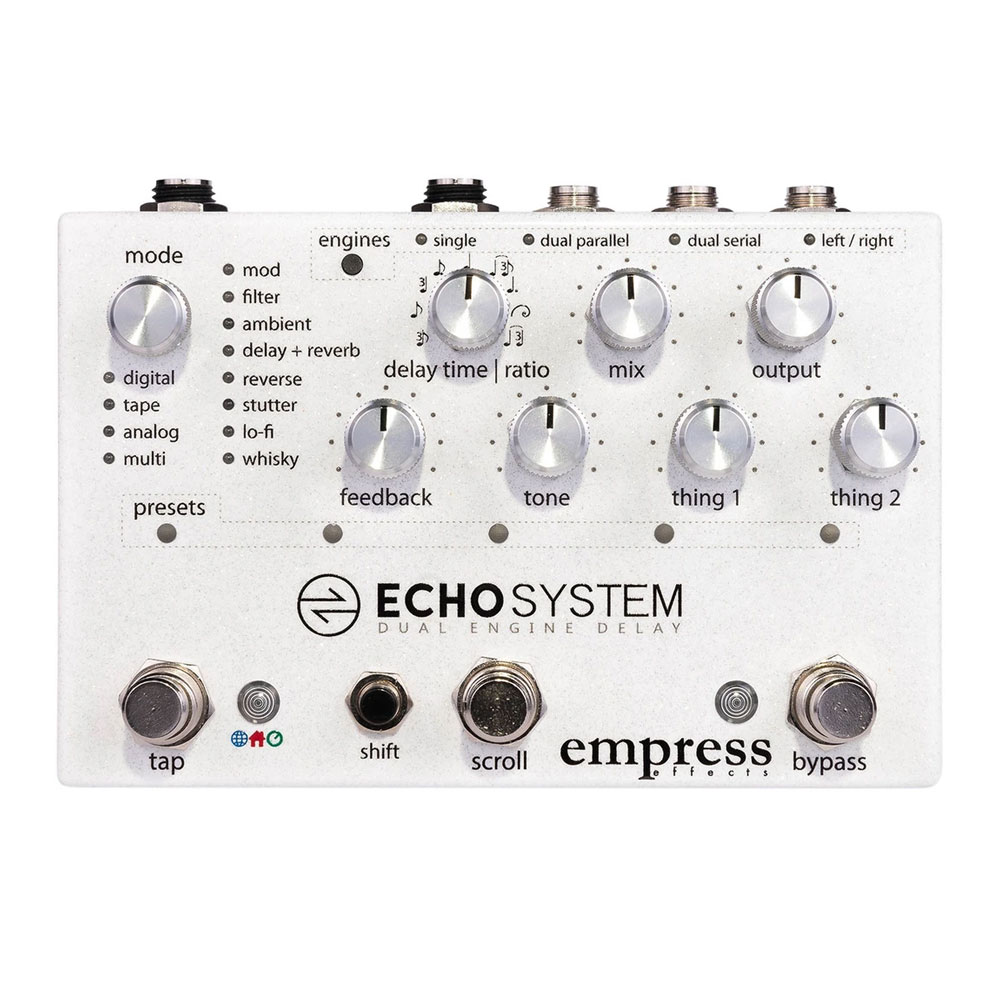 The Empress Effects Echosystem Delay Pedal is the ultimate delay crafting tool, with faithful emulations of classic digital, tape and analogue delays as well as Empress' own take on them and the ability to run two delay engines at the same time. Moving beyond the traditional, the vast amount of sonic ground the Echosystem can cover becomes apparent.

The Dual Engine functionality allows any two separate delays to be used together, these can be routed in either parallel, serial (one feeding in to the other with the order switchable), or split left/right stereo configurations and both delays retain all independent controls. On board are 12 studio quality delay types all with multiple sub-variations giving 40+ effects in total which can also be edited and saved as presets or updated via the SD card slot when Empress release new variations. The tone of the delay can be easily sculpted with the delay time/ratio, mix, feedback and tone knobs and through the 'thing' knobs, the thing knobs are very clever parameter knobs that change what they adjust based on delay type selected (e.g. the modulation depth and speed on tape delay), your setting can then be saved and recalled as one of 35 possible presets. Holding the tap tempo switch gives infinite repeats in most modes, the control port allows you to use an expression pedal (any combination of parameter knobs can be controlled via the expression pedal), control voltage, an external tap switch or MIDI control (requires Empress Effects Midibox) all through a standard 1/4" jack, and an advanced configuration mode lets you tweak a variety of pedals deeper functions like changing it from buffered bypass to true bypass, adding in a cabinet simulator or even enabling a 5 track 10 minute looper. Stereo in and out completes the studio quality sound possible with the Empress Effects Echosystem delay pedal.

A full breakdown of the 12 reverb types is as follows: