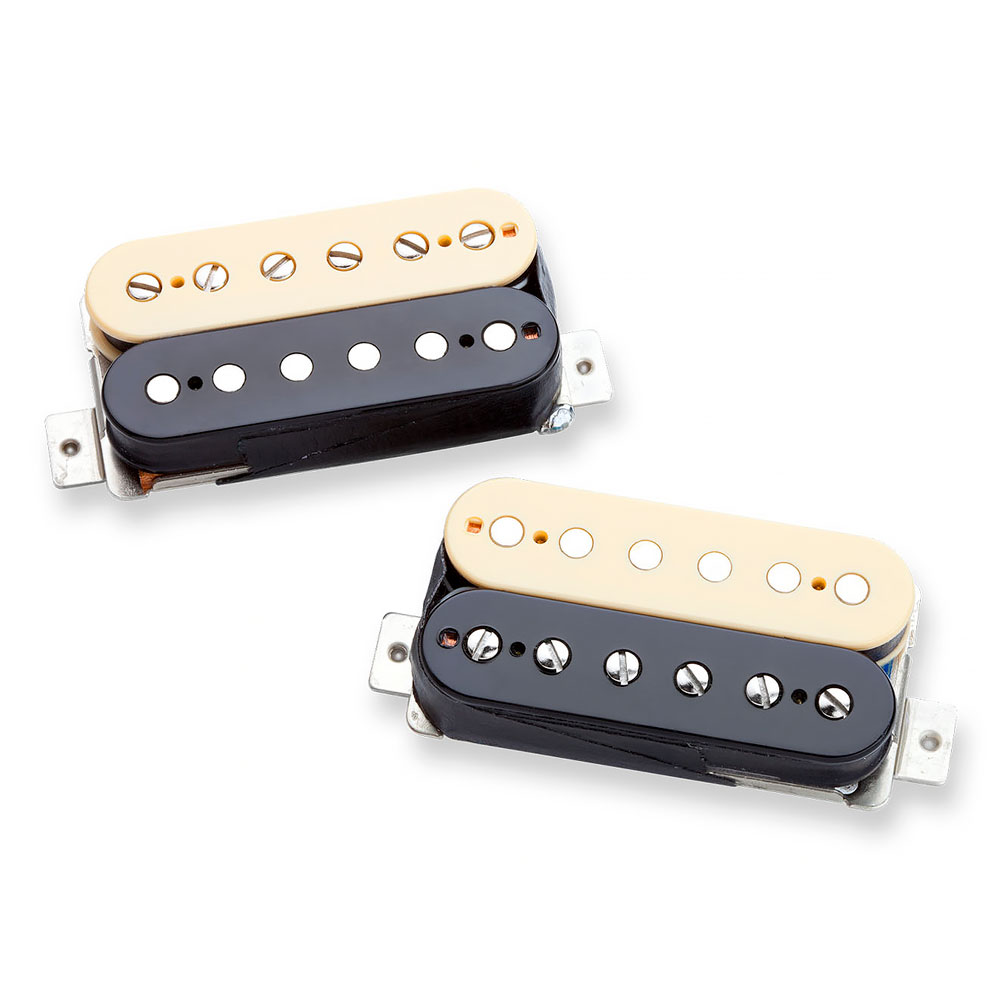 This Seymour Duncan APH-2S Slash Alnico II Pro Signature Humbucker Set was voiced specifically to give his Les Pauls that Appetite for Destruction tone and we have them with the reverse zebra style too.

Based on the Alnico 2 Pro humbuckers used in his original Les Paul, they've been tweaked with a different mag wire and winding spec that, when combined with the alnico 2 bar magnet, provided exactly what was needed to push a stock Les Paul toward that familiar sustain, crunch, and midrange that was so characteristic of the tone of Slash's original Derrig Les Paul copy. The Slash humbuckers are hand built in Santa Barbara the same way Seymour Duncan built his originals in the '80s, with a nickel silver bottom plate with long mounting legs, single conductor braided wire, maple spacer, paper tape, and wax potting. When Slash needs some new APH-2s, they pull them right out of production stock.