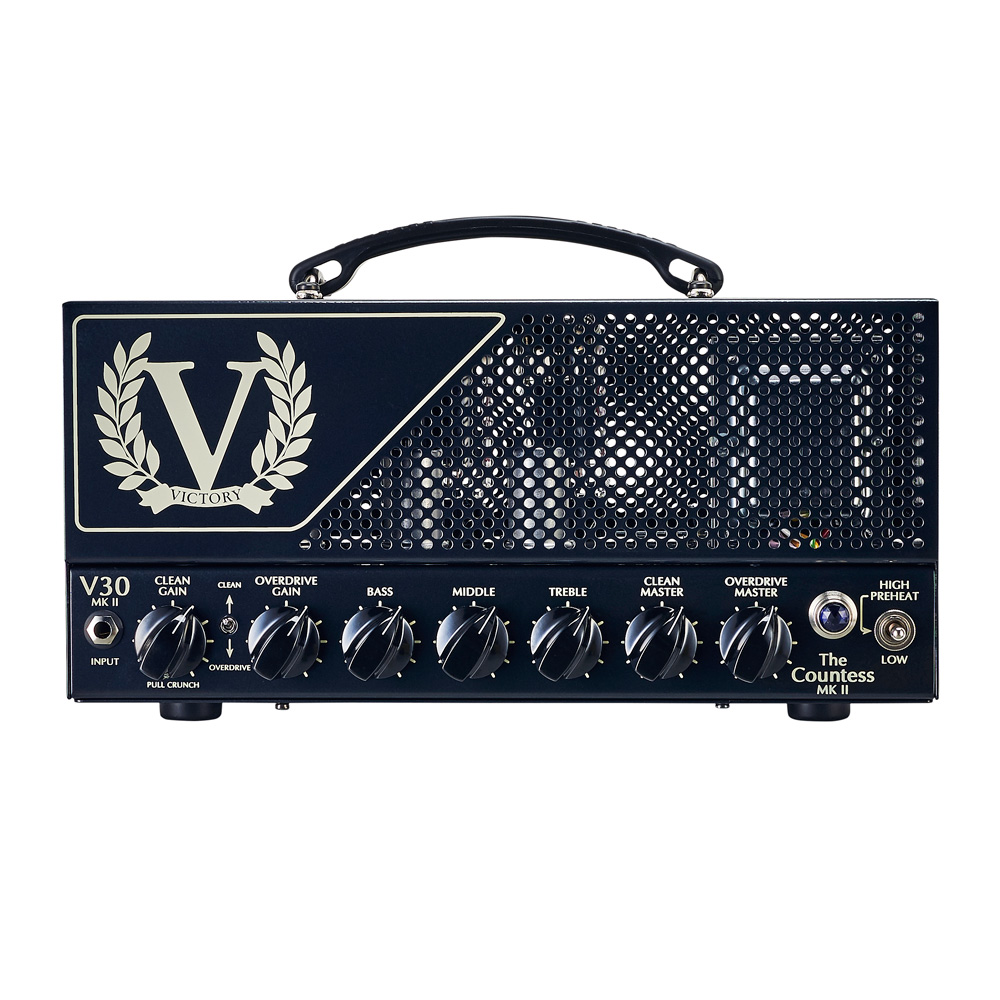 The Victory Amplification V30 The Countess MKII adds a crunch mode as well as a switchable EQ tweak to the MKI designed with Guthrie Govan as their original lightweight and ultra portable 'lunchbox' amp head.

Channel one starts as the clean channel, massive headroom and clarity, pull the gain knob out or hit the footswitch and it takes you into the new crunch mode, great for blues, country, classic rock and anything where a little drive is needed. Channel two is full on heavy rocking overdrive. The channels are foot switchable or there is a channel switch on the front and there's an independent gain control and master volume for each channel. There are controls for the three band EQ and the overall EQ has been tweaked for the MKII to tighten up the bass response and boosts the upper mid frequencies (this only affects the overdrive and crunch mode not the clean), but this EQ tweak is also switchable on and off via the 'NOMOD' switch on the back or via the footswitch, when engaged the no mod switch gives you the original EQ of the MKI. There is a low power switch which takes the Countess down from 42 watts to 7 watts.

Rounding off the amplifier is a simple series effects loop, a 16 ohms and two 8 ohms speaker outputs, you have the choice to install EL34 power valves for subtle tonal changes (6L6 valves are installed as stock) and external valve bias adjustment, so the Victory V30 The Countess MKII head packs a lot in to a small box, and coming with a padded carry bag It'll even travel as hand luggage when you fly.