Skip to main content
Coronavirus update: We are dispatching orders Monday – Friday as normal; however, next day delivery services are not guaranteed at this time. 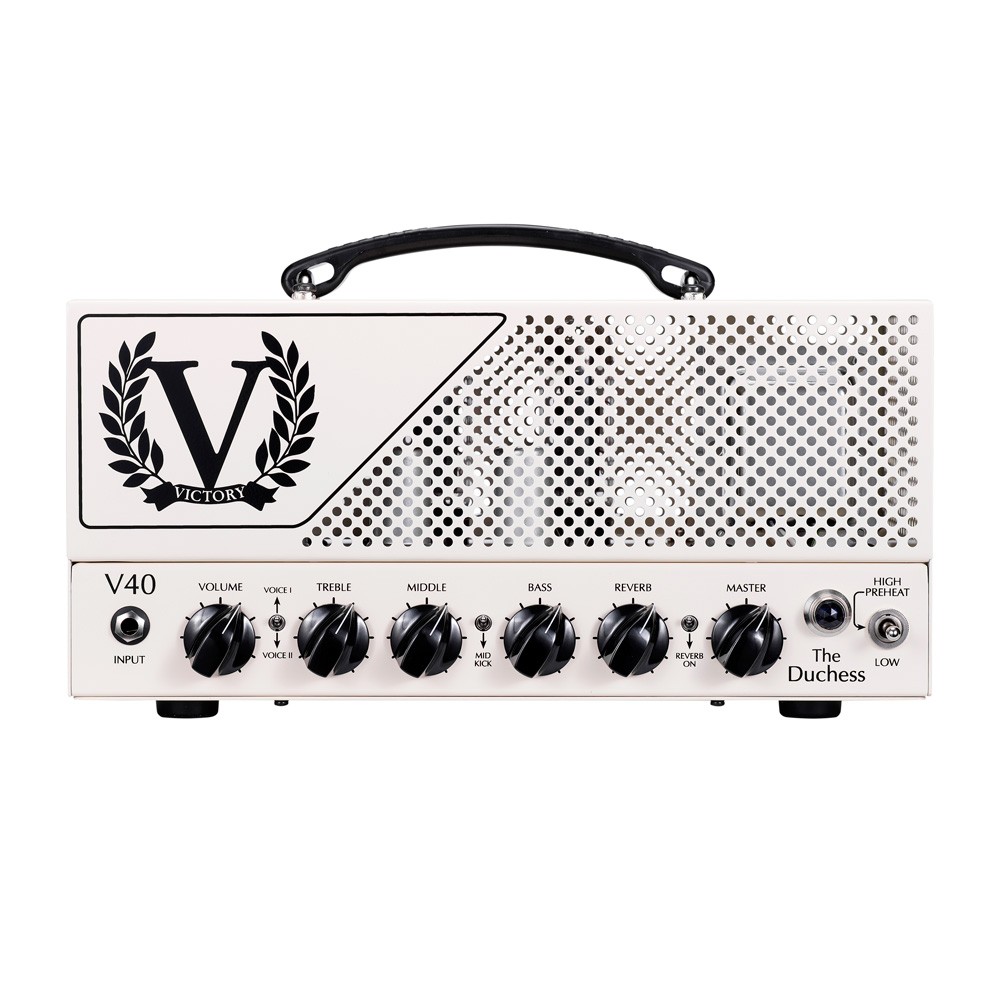 The Victory Amplification V40 The Duchess is a single channel, 42 watts, all valve, small and lightweight 'lunchbox' amp head that does vintage American cleans to mid 60s British overdrive and is designed to be a very pedal friendly amplifier.

There are two modes in the single channel operated via a voice switch on the front, voice I offers mid 60s type American warm clean tones and voice II is subtly stronger and adds more upper mid-range frequencies for a more traditional British overdrive sound. In addition to the three band EQ is a mid kick switch which boosts the mids and adds a wider sweep and range of frequencies for the mid knob to control. The volume control and the post phase splitter master volume control, combined with the volume on your guitar allow a wide range of volumes and gains to be achieved and are very powerful for tone shaping. There is a built in digital reverb which sits between a plate and hall type sound, smoother and more modern sounding than a traditional spring reverb, a control knob adjusts the amount of reverb and it is foot switchable on and off and also via a switch on the front.

There are two different low power modes, the main power switch has the option to go from 42 watts down to 7 watts and in addition you can use the single-ended mode switch which selects between just one of the power valves, this can take you below 1 watt for true bedroom level playing.

Rounding off the amplifier is a simple series effects loop (which, along with the reverb, has a true bypass switch to take it completely out the circuit), a 16 ohms and two 8 ohms speaker outputs and you have the choice to install 6L6 power valves for subtle tonal changes (EL34 valves are installed as stock), so the Victory V40 The Duchess packs a lot in to a small box, and coming with a padded carry bag It'll even travel as hand luggage when you fly.