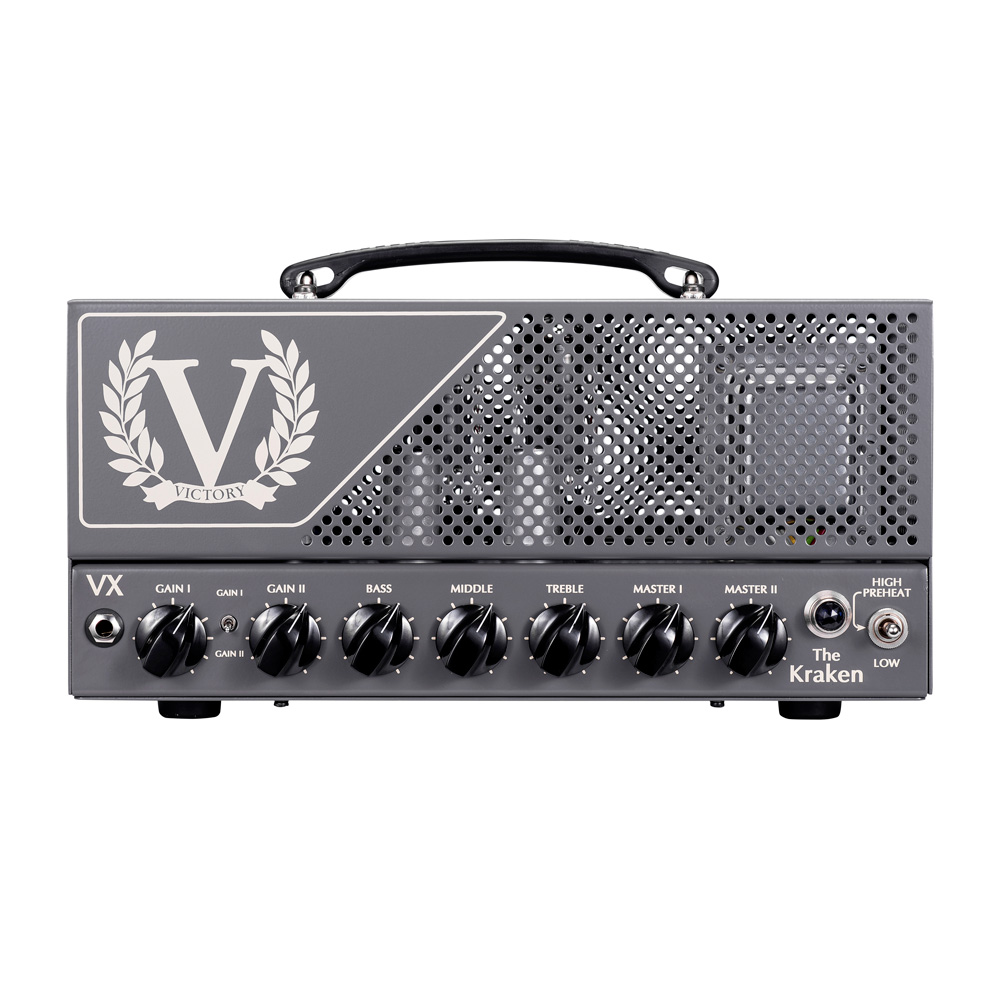 The Kraken's monstrous sounds start with the classic British inspired rhythm tones in Gain I mode, plenty of hair and friendly mids to suit anything from classic rock to metal, Gain II sears on into tight, aggressive American high gain with a more modern midrange voice, perfect for progressive and extended-range players (channels are foot switchable with an independent gain control for each channel). In addition to the three band EQ is a bass focus switch which gives either a tighter, more focussed bottom end, or conversely more loose and resonant depending on your needs and tastes. The amp has two master volume controls which, when used with the footswitch, can be set up as either a master for each gain channel (footswitch jack two on the back) or foot switchable between master volumes (e.g. master II could be set higher for a solo boost, footswitch jack one on the back).

There are two ways to tame the beast, the low power mode switches from 50 watts down to 9 watts, but in addition you can use the single-ended mode switch which selects between just one of the power valves, this can take you below 2 watts for true bedroom level playing.

Rounding off the amplifier is a simple series effects loop (which can be foot switchable on and off), a 16 ohms and two 8 ohms speaker outputs and you have the choice to install EL34 power valves for subtle tonal changes (6L6 valves are installed as stock), so the Victory VX The Kraken packs a lot in to a small box, and coming with a padded carry bag It'll even travel as hand luggage when you fly.