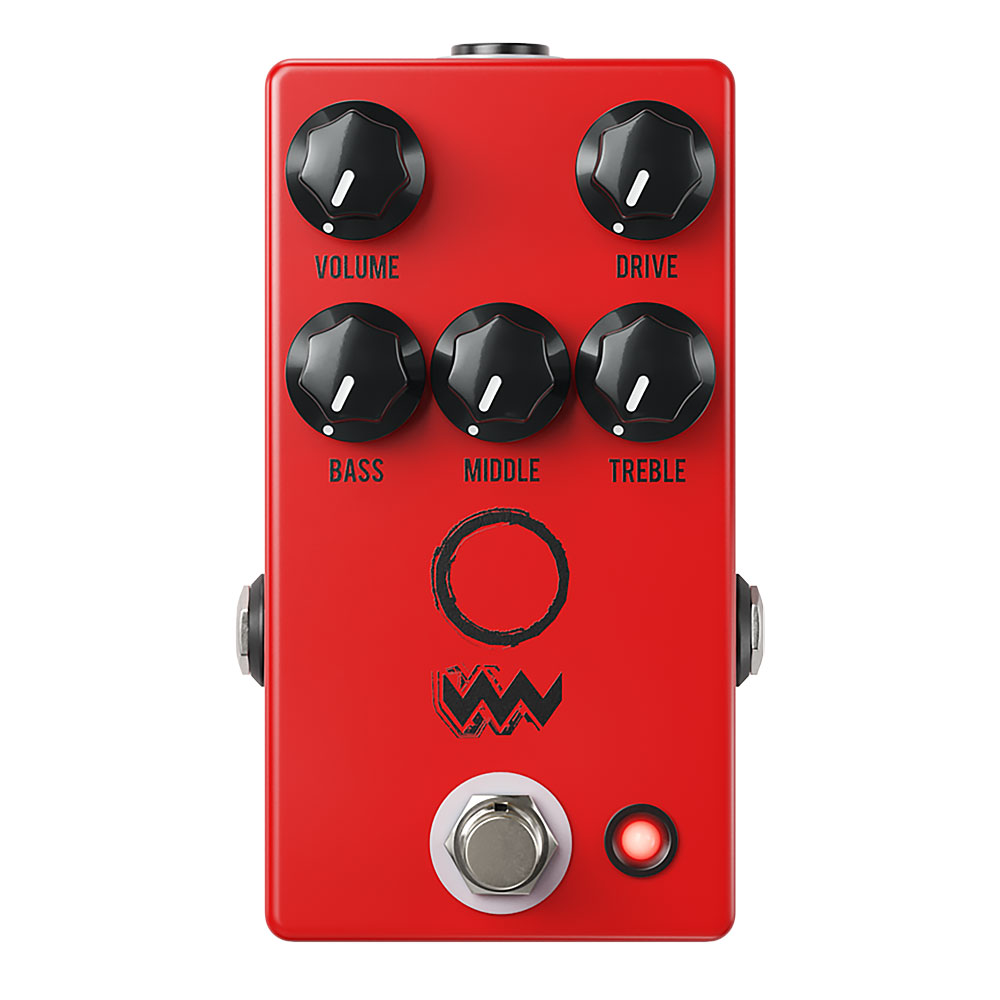 The JHS Angry Charlie Overdrive Pedal has become a staple of their line over the years and it’s a force to be reckoned with in the high gain pedal territory. The ability to convincingly and accurately breathe JCM800 tones into any rig has made it a popular choice for guitarists of all genres.

The Angry Charlie V3 features an active full 3 band EQ, just like the Marshalls, helping nail those warm yet searing tones and boundless sustain. Through its different versions the Angry Charlie has always been one of the more aggressive British 'amp in a box' pedals out there but turn the Drive control down and you might be surprised how bluesy and vintage like this pedal sounds. The Drive and Volume controls interact the same as a master volume amp head and you can back off the volume on your guitar to control your gain levels without losing clarity.

With its British flavour high gain overdrive and distortion the JHS Angry Charlie V3 pedal will let you turn any amp in to a screaming Marshall stack while the 3 band EQ provides in depth tone sculpting.