Skip to main content
For delivery in time for Christmas, see our Dispatch & Delivery help page for all the info. 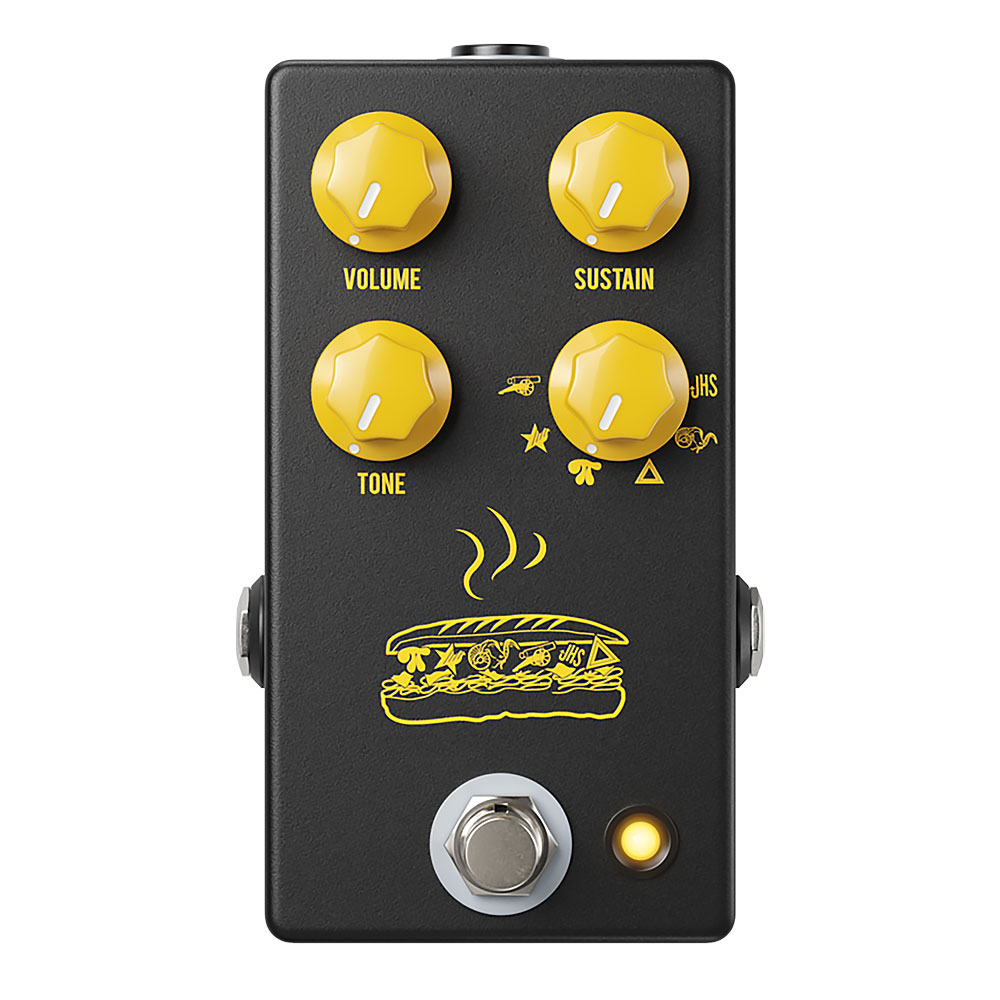 The JHS Muffuletta Fuzz Pedal is six different Big Muff circuits in one pedal, all analogue recreations of classic versions of the pedal without the vintage price tags.

The Muffuletter features a simple rotary knob to switch through the six versions, activating components specific to each mode as you turn the knob. The controls are Tone, Volume and sustain, Sustain controls the amount of fuzz and the Tone control is specially selected from a Green Russian Bubble Font Big Muff to give the most useable sweep across all the versions without changing their individual sound.

A full breakdown of the pedals included is as follows: