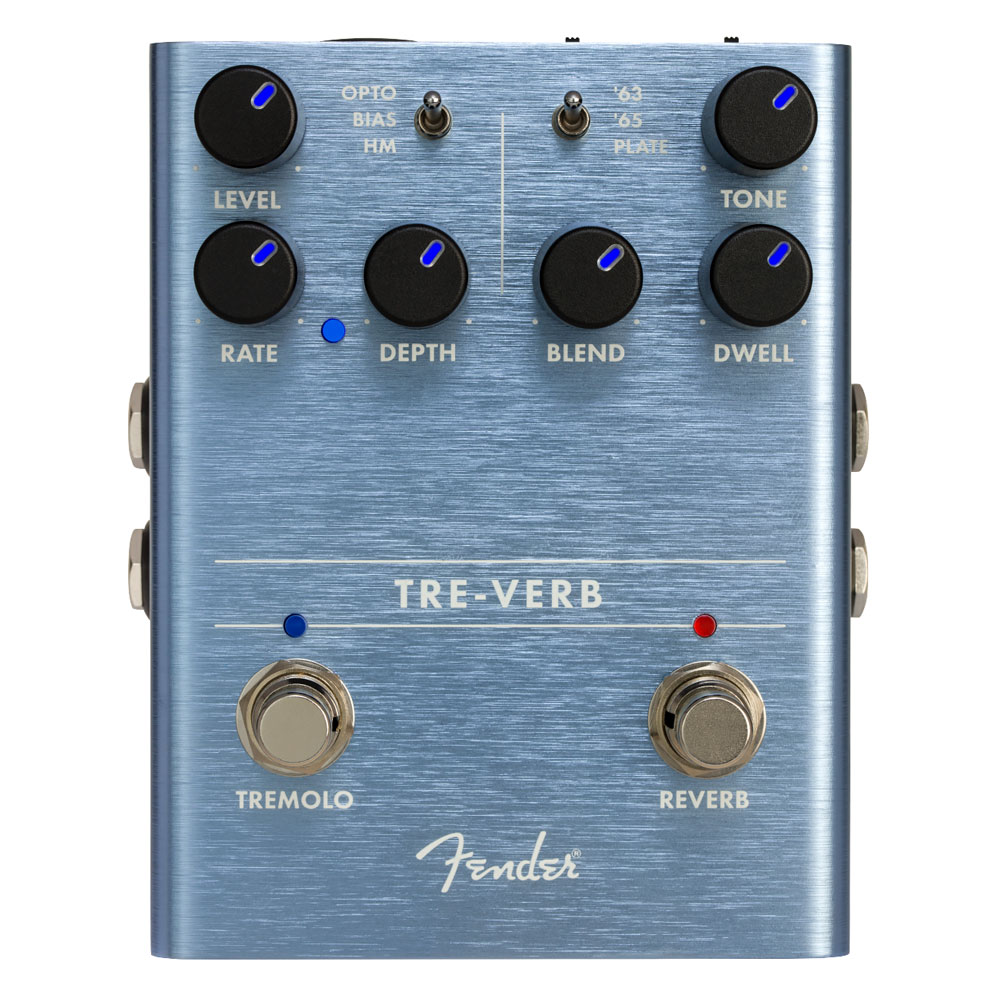 The Fender Tre-Verb Digital Reverb & Tremolo Pedal is an easy to use 2 in 1 pedal with six Tremolo and Reverb effects from classic '60s Fender amps with independent controls, tremolo tap tempo, stereo in & outs and switchable effect order.

The reverb side has 3 modes based on their renowned spring reverb units: '63, '65 and Plate, '63 is early Brown amp reverb sounds with its longer decay time, '65 is classic black panel amp reverb and Plate is a more modern modulated splashy studio reverb. The Blend control adjusts the amount of reverb added to your signal, the Dwell control adjusts the length of the Reverb sustain and the Tone control affects the amount of high frequency treble content in your signal.

The tremolo side also has 3 modes: Optical, Bias and Harmonic, Optical tremolo is a choppier surf style tremolo like those found on their Twin Reverb or Super Reverb amps, Bias is a smoother tube driven style tremolo effect like on Vibro Champ or Princeton Reverb amps and Harmonic is a pitch shifting vibrato style tremolo from early '60s brown amps. The Rate control adjusts the speed of the tremolo, the Depth control adjusts the intensity of the tremolo (difference between loudest and quietest part of the wave) and there is a Level control to compensate for any loss of volume sometimes found with using tremolo. By holding down the Tremolo on/off footswitch it will go in to tap tempo mode and then the footswitch can be used to set the speed of the tremolo.

The Fender Tre-Verb Digital Reverb & Tremolo Pedal features LED lit knobs that make viewing the current settings very easy in a dark environment (switchable on/off), stereo input and output jacks and an effect order switch on the top which allows you to change whether the reverb or tremolo effect comes first in the chain.