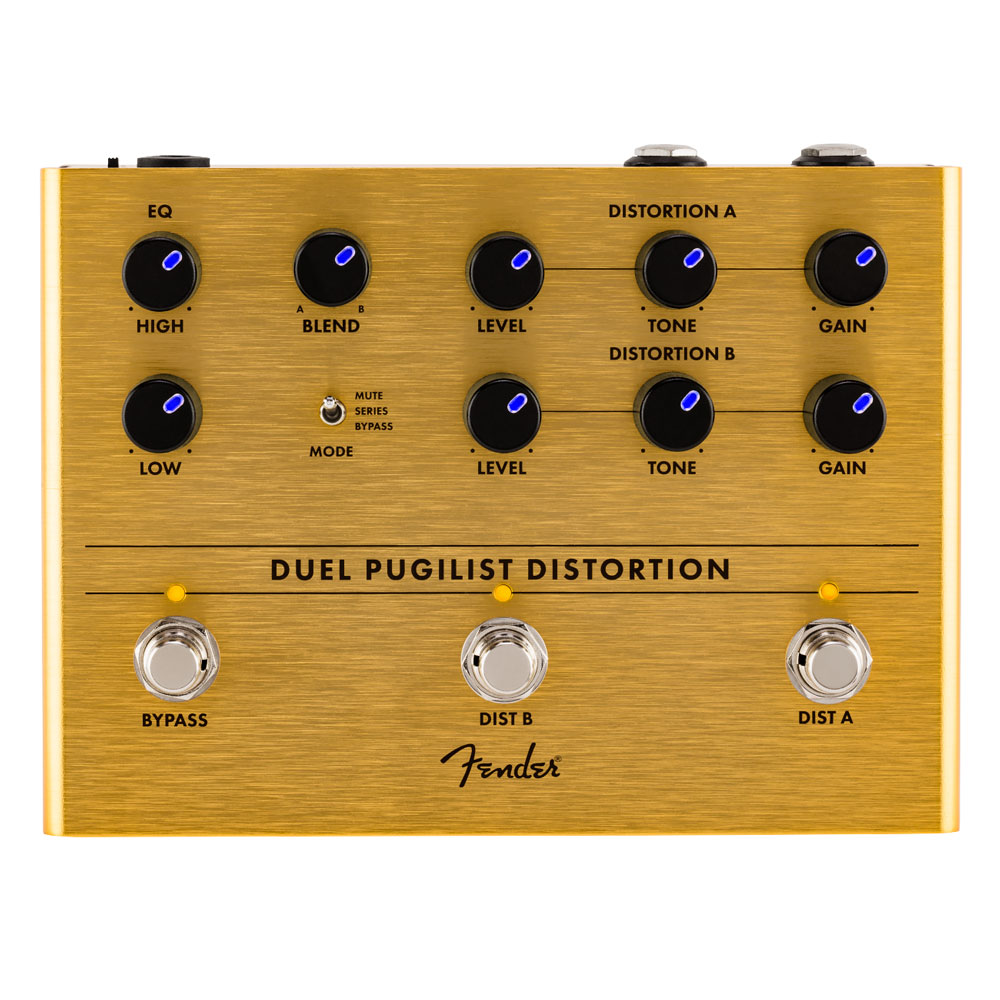 The Fender Duel Pugilist 2 Channel Distortion Pedal features the same distortion voicings found in their popular Pugilist pedal but with new blending and stacking combinations along with extra EQ controls.

The pedal has three operating modes selected via the toggle switch: Series, Mute and Bypass. Series mode allows stacking the two distortions together for extra gain as you would two separate drive pedals, with independent footswitches for each distortion side it is easy to go between only A, only B or both together, Bypass mode runs the distortions in parallel to allow blending of the two or turn one distortion off and you can blend in your clean tone with a distorted sound for extra clarity, Mute mode blends the two distortions in parallel but without the dry/clean signal option. Blending the two distortions lets you set up your main tone on one and then layer an additional distortion sound on top for added richness and complexity. The A side distortion engine has a lower gain and cleaner tone, the B side reaches into high gain territory when maxed out, each distortion side has its own independent Gain, Tone and Level knobs. The Blend knob goes from 100% A side to 100% B side with 50/50 at 12 o clock and there is High and Low master shelving EQ knobs for extra overall tone shaping.