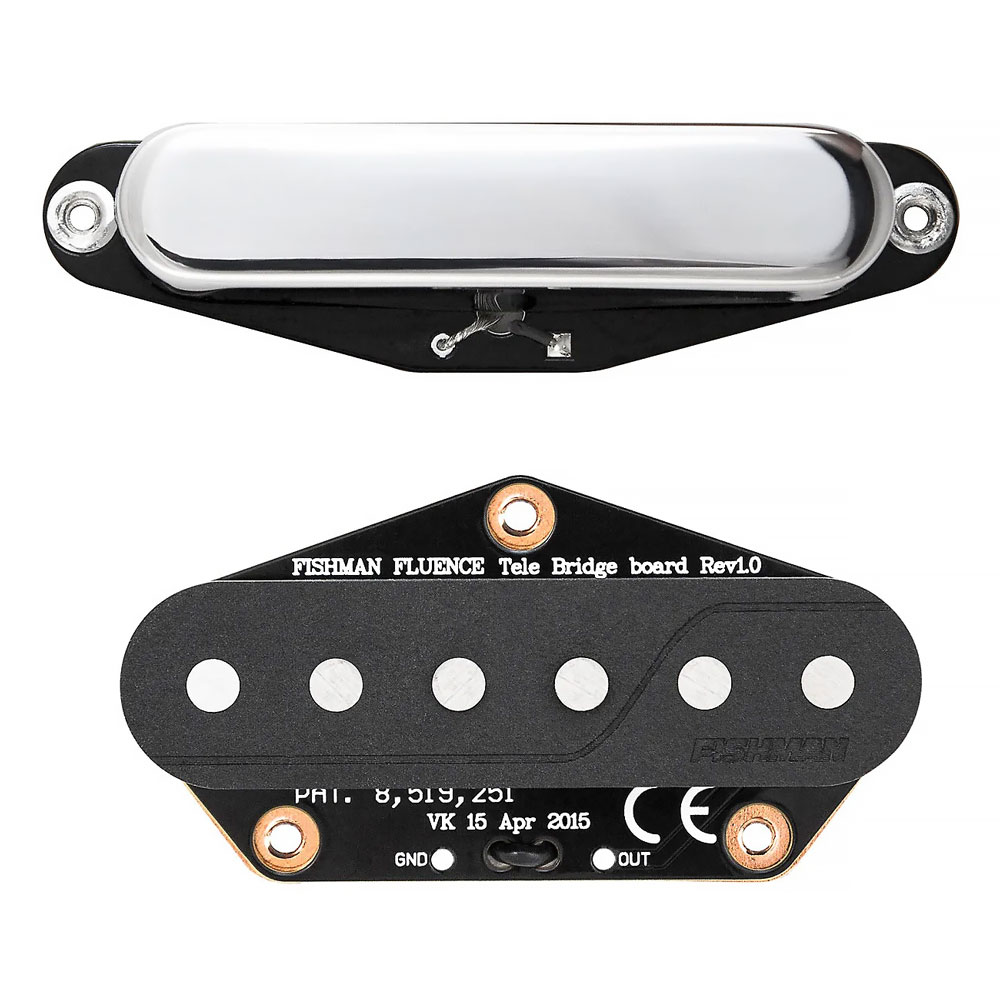 The pickup voicing affects both pickups and is selected using the push button located in the centre of the included tele control plate. Voice 1 is a 'Whiteguard' sound based on late '50s early '60s Telecaster tones: open, glassy and airy, the sound of Nashville and chicken pickin'. Voice 2 is a 'Blackguard' sound based on early '50s Telecaster tones: fat, punchy mids, more output and searing sustain. The pickups are hum cancelling in all voice settings and pickup selector positions, volume and tone controls operate as normal but unlike traditional passive pickups that lose high end when turning the volume down, these retain their full treble response at any volume position.

Fluence pickups are made by 'printing' the coil on to layers of circuit board instead of winding a length of wire around a bobbin thousands of times, this removes any inconsistencies in the wire size, number of winds or the winding pattern around the bobbin, producing consistent, dependable pickups with no change in output or tone between sets, no need to worry about finding the perfect set.

The Fishman Fluence Greg Koch Gristle-Tone Tele Pickups set comes with everything needed for quick and easy installation including a prewired and assembled tele control plate with pickup position lever switch and volume and tone potentiometers (tip and knobs not included), the output jack is solderless and plugs in to the board on the control plate and the pickups are just two wires to solder to the position switch. An on board rechargeable lithium-ion battery provides up to 250 hours playing time and an LED built in to the output jack blinks when it needs charging, the included cable plugs in to the micro USB in the output jack to connect to a USB power adapter (not included), all done externally there's no taking cavity cover plates off or changing batteries.