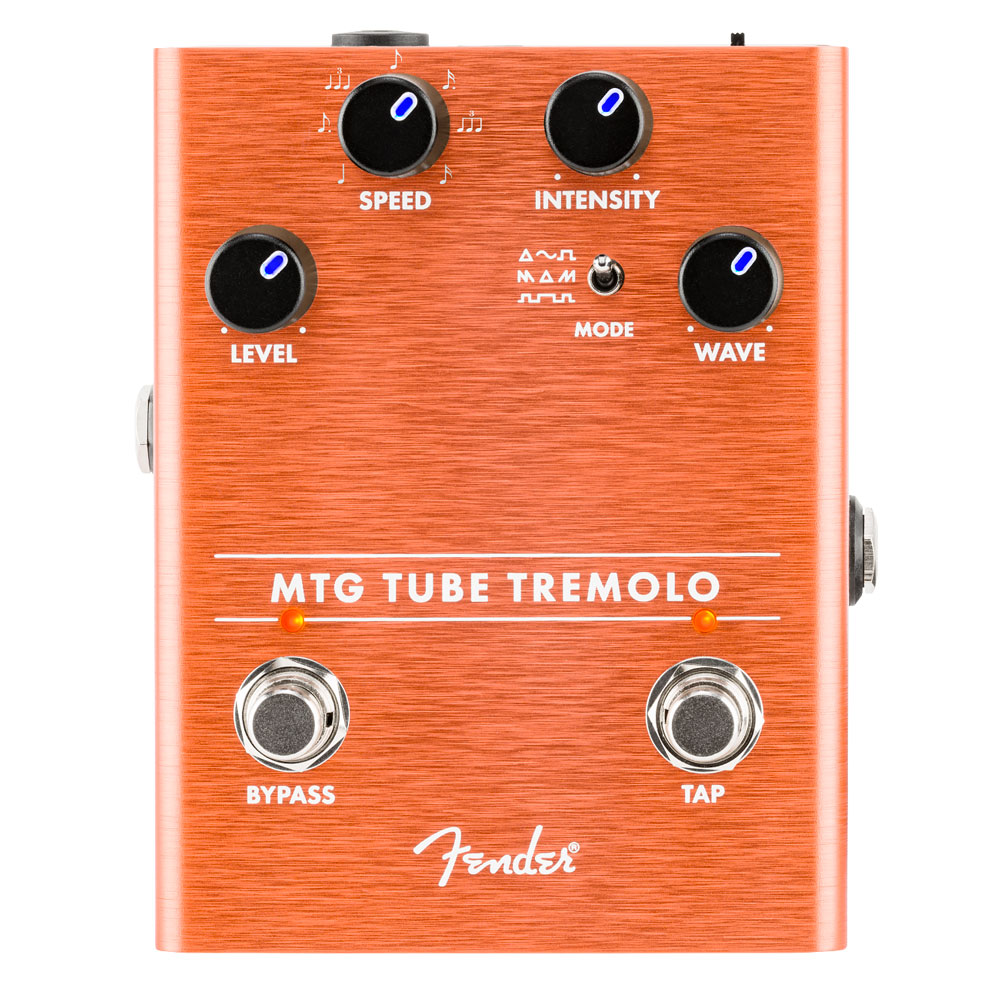 Designed with Bruce Egnater, it uses a genuine US made NOS 6205 preamp tube (running internally at high voltage) and gives you lots of control over tremolo effect. The Intensity control knob sets the depth of the volume sweep, fully counter clockwise gives zero depth (no volume change) and fully clockwise it will sweep from full volume to no volume (as intensity increases the overall output of the pedal drops slightly which can be compensated with the level control). The Level (volume) control knob is at unity gain at around 9 o'clock, which allows room to go above unity gain, this can be used with the intensity knob set to minimum (no tremolo effect) to provide a great tube boost. The wave type is selectable between three groups via the Mode toggle switch: triangle/sine/square, ramp down/triangle/ramp up (sawtooth) and adjustable square wave (mostly on/even/mostly off), the Wave knob then blends between each of these wave styles within each group (so in the switch in the up position and the knob fully counter clockwise it would be just triangle and then it would blend to just sine and then blend to just square wave when fully clockwise). The Speed control knob serves two functions, the basic function is to change the speed of the tremolo effect and has a very wide sweep available (from 0.1 wave cycles per second to 10 cycles per second), the second function changes the subdivision. Hold down the Tap footswitch and move the Speed knob to your desired subdivision and release the switch, you can then use the Tap switch to tap in your desired tempo. the full list of subdivisions available is as follows:

The Fender MTG Tube Tremolo Pedal features LED lit knobs that make viewing the current settings very easy in a dark environment (switchable on/off), and despite containing a real tube the rugged aluminium enclosure has been kept down to a pedalboard friendly size.